The tenth month of 2020 started with thousands of U.S. airline workers being laid off from their jobs. Top airlines announced that they’d have no choice but to lay off workers (beginning October 1) in light of insufficient funding and reduced flights.

This serves as another crushing blow to the economy and an increase in out-of-work Americans. Therefore, many folks have wondered where Congress is on this. Over the past several months, Republicans and Democrats in Washington have struggled to see eye-to-eye on aid to offset the harm caused by coronavirus shutdowns. 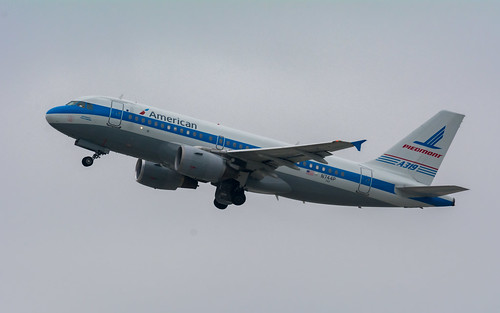 However, Americans got some real insight into where the Democrats’ priorities lie, as of yesterday.

During a Bloomberg interview, House Speaker Nancy Pelosi stated that Democrats can’t do anything for furloughed airline workers right now because it would ultimately cause Democrats to lose political “leverage,” documents Breitbart News.

Pelosi on Political Leverage Over Livelihoods

Shortly thereafter, the House Speaker explained that Democrats will lose “leverage” to get what they want in a larger stimulus package if they rush to assist furloughed airline workers now.

We must ensure that Americans have access to the testing, tracing and treatment that they need to make it through this crisis – especially communities of color, which have been so disproportionately affected by this pandemic. #MSNBCLive pic.twitter.com/VMwDUS1nsV

In other words, Pelosi wants to use laid-off airline staffers as pawns in the Democrats’ games to get a larger stimulus package containing blue state bailouts and more; presumably, Democrats’ bigger aid package would include some kind of assistance for out-of-work airline personnel.

Speaker Pelosi and other Democrats have repeatedly professed to be on the side of struggling families and others adversely impacted by coronavirus shutdowns. However, Pelosi’s remarks about “leverage” and the timeliness of helping furloughed airline workers speak volumes.

Tune in as @RepRaskin and I discuss the introduction of the Commission on Presidential Capacity to Discharge the Powers and Duties of Office Act. https://t.co/JuKDQg6Hqw

Rather than reaching an agreement on airline funding, the House Speaker held a press conference this morning, discussing the 25th Amendment. Since President Trump tested positive for COVID-19 one week ago, Democrats have descended upon the 25th Amendment as a possible avenue to remove Trump from office.

Pelosi’s claim that the president is in an “altered state” and should therefore be subjected to the 25th Amendment clashes with analysis from medical professionals. In fact, just yesterday, White House Dr. Sean Conley cleared Trump for participation in public engagements starting this weekend.

What do you think about Speaker Pelosi prioritizing political “leverage” over furloughed airline workers’ livelihoods? Let us know in the comments section below!