Various polls show that black support for President Trump is increasing as the 2020 presidential election comes to a wrap. Both the Trump and Biden campaigns have attempted to win the votes of black Americans over the course of this election; however, they’ve employed very different strategies.

President Trump’s strategy of black voter outreach is via policy and informing black Americans of how his policies have benefited and will continue to benefit them. Biden’s plan for winning black votes is claiming that African-Americans who are doubtful about supporting him over Trump “ain’t black.” 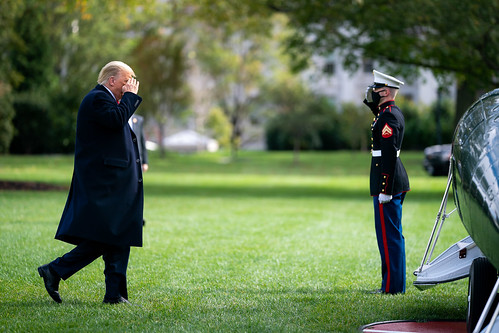 Black and Latino voters are not showing up for Biden in battleground states, hence creating a major problem for Democrats.

This has become so much of a problem that top Democrats like Rep. James Clyburn and Rep. Maxine Waters are now lashing out at black Americans who are voting for Trump, per Washington Examiner.

Democrats vs. Black Americans for Trump

Both Reps. Clyburn and Waters stated that they don’t understand the perspectives of black Americans choosing to vote for the incumbent president.

Clyburn professed that he will “pray for” any African-Americans who cast a ballot for Trump in the 2020 presidential election. Meanwhile, Waters stated that Trump is “a racist” and that she’ll “never ever forgive” black Trump voters for backing the president and “undermining the possibility to help their own people.”

President @realDonaldTrump made Black Americans a solemn pledge: to be their greatest champion.

He kept that promise and did more for Black Americans in 47 months than Joe Biden did for them in 47 years. pic.twitter.com/oCTowwxlao

She then went on to profess that black Americans voting for President Trump is “shameful” and “absolutely unconscionable.” Meanwhile, a Rasmussen poll from last week showed that Trump has 31% of support from black voters.

The Final Day Before Election Day

Americans of all races and backgrounds who have not voted already will have the final opportunity to do so tomorrow at the polls. Republicans are already anticipating a surge in new GOP votes that will ultimately lead to a second victory for Trump.

Black Voices for Trump continues to serve as a platform for the Trump campaign. Its members and others are also speaking out and providing insight on why a growing number of black Americans are supporting Trump for president of the United States.

What do you think about notable increases in black support for President Trump? Do you think the president will win a second term in office tomorrow? Let us know in the comments section below!