Since the very start of the 2020 presidential election, Trump warned that mail-in ballots were ripe with opportunities for fraud.

Leftists, of course, dismissed these claims for most of the election. They accused Trump and Republicans of trying to “suppress” the vote and instill fear. However, in the days leading up to November 3, Democrats changed their tune, urging supporters not to put their ballots in the mail. 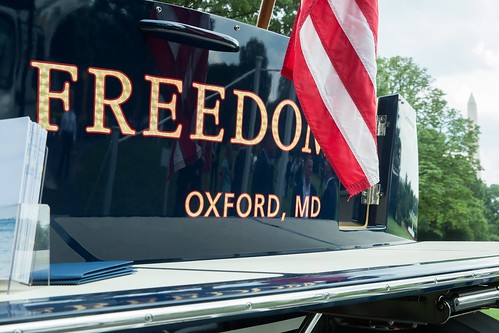 “Made in America Product Showcase” (Public Domain) by The White House

Now, the voter fraud that President Trump warned about appears to be coming to fruition in various states. Large numbers of ballots are being dumped in areas, with all of these ballots conveniently being in support of Biden; meanwhile, in different parts of the country, election officials are putting up barricades and sending away poll observers.

For these reasons and more, the Trump campaign has filed suit in multiple states and will do so in Nevada as well, reports Fox News.

What to Know About Illegal Vote Counts in Nevada

As of now, both non-Nevada residents and deceased individuals are reported as having voted in the state.

According to the Trump campaign, the amount of votes from the aforementioned, ineligible groups is in the tens of thousands; if this turns out to be accurate, then it would seriously undermine the current calls that have listed Nevada as a win for Joe Biden.

Later today, the Trump campaign will announce the onset of the lawsuit; reports additionally indicate that the president’s legal team has evidence of illegal votes being counted in the state of Nevada.

Joining the Trump campaign in their announcement will be Nevada Republican Chair Michael McDonald, American Conservative Union chairman Matt Schlapp, and others.

Arizona, Georgia, Pennsylvania, and North Carolina are, thus far, the battleground states that most Americans are looking at right now.

The Arizona GOP has called upon Fox News to rescind the call that Biden won the state. Meanwhile, Trump is up in Georgia, Pennsylvania, and North Carolina with large majorities of the vote counted; however, election officials still have yet to call these states for the president.

With all of the pending litigation and disputes over election integrity, Americans likely have a ways to go before the final outcome of this race is determined.

Do you think states across the country are ripe with voter fraud? How do you think the Trump campaign’s lawsuits will turn out? Let us know down below in the comments section.