“President Trump in NH” (Public Domain) by The White House

President Donald Trump plans to enact an executive order that would provide homeowners with an eviction moratorium, ensuring that landlords will not be able to evict tenants who do not pay rent for a given period of time. The order will be effective immediately upon receiving the president’s signature.

Under the moratorium, the Centers for Disease Control and Prevention (CDC) will use its quarantine authority to protect tenants from being evicted from their homes, potentially being made homeless and spreading the novel coronavirus. During the pandemic, some states and cities have introduced their own renter protections, but the ban would offer national relief.

The proposed executive order is an effort by the Trump administration to prevent the pandemic from triggering a massive wave of homelessness. A survey by Apartment List of over 4,000 Americans showed that one-third of the tenants skipped their July rent bill. The National Housing Law Project recently reported that without federal government intervention, approximately 20-28 million tenants may be evicted by the end of September.

The order is effective immediately until the end of 2020. https://t.co/zYMTwJAN4x

Which Renters Will be Protected?

on Tuesday the Centers for Disease Control and Prevention (CDC) is using its authority to impose a temporary eviction moratorium through the end of 2020, following an executive order by President Donald Trump.

The moratorium on rent will include eviction protection for individuals who make $99,000 or less a year, or $198,000 for couples filing together.

People who obtained one-time payments, also known as stimulus checks, earlier in the year will qualify for eviction security.

However, the order would not relieve tenants of their duty to pay — it would merely prohibit them from being evicted from their homes.

“This Order does not relieve any individual of any obligation to pay rent, make a housing payment, or comply with any other obligation that the individual may have under a tenancy, lease, or similar contract,” reads a CDC document. “Nothing in this Order precludes the charging or collecting of fees, penalties, or interest as a result of the failure to pay rent or other housing payment on a timely basis, under the terms of any applicable contract.”

To be protected from eviction, renters will have to prove that if kicked out of their dwellings they are likely to become homeless. Renters will however still have to pay as much rent as they can afford. Renters would be required to present their landlord with a declaration form. The form must state that they have tried to obtain available government assistance for rent or housing, they are unable to afford their rent under the required income thresholds, and they are at risk of homelessness if they are evicted.

Reports of the proposed moratorium come just days after the announcement of an extension on foreclosure protection on federally backed mortgages on single-family homes. This extension has been opposed by lobbyists who accused the government of neglecting landlords.

During a testimony before the Select Subcommittee on the Coronavirus Epidemic on Tuesday, Secretary of the Treasury Mnuchin initially proposed the ban, claiming it would dramatically benefit “close to” 40 million renters. Mnuchin added that offering money to people directly to pay their rent would have been the Trump Administration’s first option for renter relief, not a moratorium on eviction. He added that this is a negotiation item for the next stimulus package, as Democrats and Republicans are trying to hash out more assistance.

The rent relief problem isn’t easily solved. Canceling rent disrupts groups and institutions benefiting from taxes levied by landlords on the state and local government. Eviction moratoria can postpone, not cancel, payments and may require lump-sum payments at the conclusion of the term of forbearance. If you can’t afford to pay your rent in October, when the moratorium expires, it will be much harder to cobble together rent for several months. 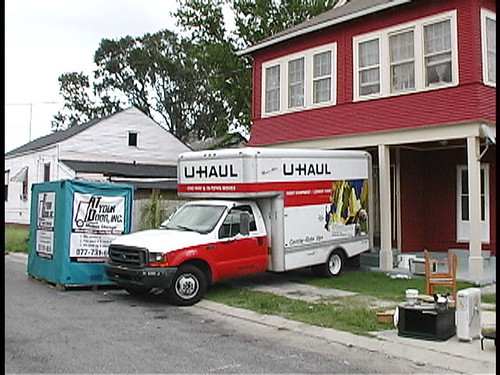 Housing experts are already sounding the alarm on the upcoming executive order claiming that it is not doing enough to protect landlords and that more assistance will be required.

“This action delays but does not prevent evictions,” says Diane Yentel, president and CEO of the National Low Income Housing Coalition. “Congress and the White House must get back to work on negotiations to enact a COVID-19 relief bill with at least $100 billion in emergency rental assistance.”

The Trump administration has released stimulus funds to help mitigate the effect of the eviction moratorium on landlords and property owners, as Bloomberg has noted. The executive order is now perceived as a “unprecedented use” of executive power. It may face legal challenges from property owners whose finances have already been adversely affected by the pandemic.