Donald Trump coaxed journalists to ask the UK’s Prince Andrew for details on Jeffrey Epstein’s ‘Pedo Island.’ Trump made the comments in 2015, before taking office, referring to the island as a ‘cesspool.’
The comments were caught on film at the time when one of Epstein’s many victims, Virginia Roberts Giuffre alleged in court that Epstein forced her into having sex with him. This was also right before Trump announced he was running for president.

Bloomberg News asked Trump for comments about Epstein as various sex crime allegations were swirling through the media. Epstein’s use of his private island in the US Virgin Islands as a sex crime haven was one of the topics discussed. 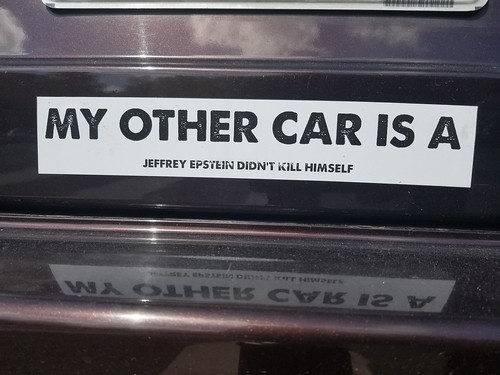 Trump’s comments on Epstein and his island were, “I think he has a problem, that island was really a cesspool, there’s no question about it, just ask Prince Andrew – he’ll tell you about it.”
A similar discussion between Trump and the media arose when, as the frontrunner for the 2016 Republican nomination Trump spoke to Sean Hannity about Bill Clinton.

Trump had some kind words for the former president before noting that Clinton has “Got a lot of problems coming up, in my opinion, with the famous island with Jeffrey Epstein.”

Epstein hosted various influential figures both on the island and at his New York mansion.

Epstein’s ex-Lawyer Bradley J Edwards has switched to representing over 20 of Epstein’s sex abuse. He has even written a book titled Relentless Pursuit: My Fight for the Victims of Jeffrey Epstein. He has spoken with some of the guests that Epstein has hosted on the island, gleaning grim details of their crimes.

He notes that Epstein set himself up as a sort of cult leader or living god and forced the young girls to practically worship and wait on him hand and foot.

Trump cleared the air about Epstein back in 2015. It wasn’t the first time he slammed the pedo. He was the first to distance himself from Epstein in the 2000s. While others maintained their business dealings with Epstein, Trump did not. pic.twitter.com/LybwNi9utU

Trump and Epstein were both NYC socialites, obviously they were at parties together but trump dumped him 15+ yrs ago and Trump was never on island or plane – whiLe Clinton was on plane 23 times. Stop trying to distract the facts https://t.co/sryrMiNpgz

Earlier this month, Epstein’s madam and lover of some sort, Ghislaine Maxwell was arrested and has been held in the same New York prison where Epstein died. Maxwell has vast connections of her own with high society figures around the world, including with the deceased father of Attorney General Bill Barr.

It remains to be seen what kind of horse-trading will be done in the vein of the non-prosecution agreement that Epstein scored back in 2007 despite his conviction for sex crimes.