Although Election Day is here, the impacts that both the Trump and Biden candidacies have had on various voter blocs are still very much a part of the national conversation.

More often than not, Democrats assert themselves as the fighters for the working-class, middle-class, and everyday Americans. The left claims to have the best interest of these groups at heart. 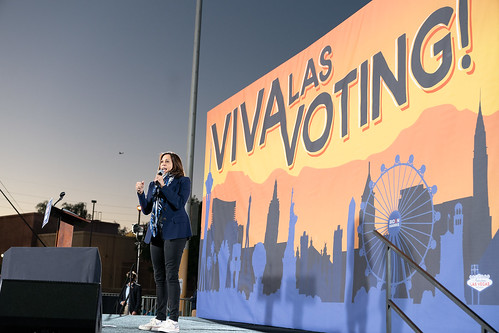 However, Republicans maintain that Democrats’ fiscal policies (such as raising the minimum wage, increasing regulations upon businesses, etc.) actually work against the best interests of working-class, middle-class, and everyday Americans.

Over the course of the 2020 presidential election, President Trump reached out to various groups of Americans, something which appears to be paying off. According to Breitbart News, the incumbent president has pretty strong support among union workers across the nation.

Union workers across the nation are supporting President Trump, notably in battleground states like Ohio, Michigan, and Pennsylvania. When accessing the reasoning behind union workers’ support for Trump, it ultimately boils down to the policies.

Robert informed the conservative outlet that he didn’t vote for Hillary Clinton in 2016 because of her anti-coal policies; the union worker then explained that he voted for Trump because of his policies and differences from politicians.

Scott Pelley asks a group of Goodyear union workers who they’re planning to vote for in the presidential election and why. Two of the men plan to vote for President Trump, the other two, Joe Biden. https://t.co/8STse41WcZ pic.twitter.com/KbawsX0imV

Retired union worker Kenneth also has a similar outlook. When conversing with Breitbart News, Kenneth explained that Trump’s decision to “keep and return work here in the United States” is why he’s voting for the president’s re-election.

The retired union worker also slammed the Democrats, stating that they’ve “lost sight” of what working-class folks need and lost credibility with blue-collar Americans. Some other union workers spoke in favor of Trump, on the condition of anonymity, since certain union leaderships are pushing their workers to vote for Biden.

Voting at the Ballot Box

Like other Americans, union workers have the opportunity to vote today and decide who they want to be president of the United States.

Republican leaders, along with President Trump himself, have warned that a “silent majority” of the nation supports the president. Like some of the union workers who spoke with Breitbart News, some Trump supporters fear personal or professional retribution for speaking out politically; however, this is where the power of the vote comes in.

Are you surprised to learn that so many union workers in America are supportive of President Trump? Let us know what you think in the section for comments below.