Democrats continue to push for mail-in voting, citing it as the only safe means for Americans to vote. Despite the fall in coronavirus hospitalizations, the left maintains that in-person voting poses an unnecessary risk; although, this didn’t stop Joe Biden from voting in person for the Delaware primary election. 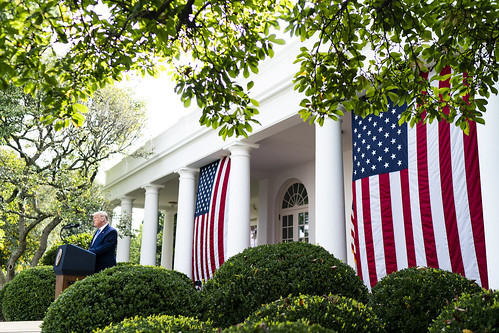 Republicans, on the other hand, have repeatedly sounded the alarm on mail-in voting. The GOP states that mail-in voting creates too much room for fraud, something that Democrats have mocked and dismissed.

However, a situation with mail-in voting in Virginia simply proves the points Republicans have made all along. According to breaking news from Townhall, mail-in voting has led to certain Virginia residents receiving not one, but two, ballots.

Why Are Virginians Getting More than One Ballot?

The general functionality of voting in Virginia appears to be thrown off by modifications made as a result of COVID-19.

Therefore, Virginia is in a situation where at least 1,400 voters have received two ballots, rather than just one. Officials have yet to truly deal with this situation; instead, they’ve merely claimed that just one of the two ballots will be counted in the 2020 election.

When Democrats get elected, good things happen in the Commonwealth of Virginia. https://t.co/DdUXAJOdvi

There are several issues of concern here, especially as certain states across the nation provide a stamp of approval for not only mail-in voting, but also ballot harvesting. In light of issues happening with the U.S. Postal Service, mail delays are a real possibility, as are outright rejections of mail-in ballots.

Ballot Issues in Other States

Virginia residents getting more than one ballot is far from the only issue linked to mail-in voting.

North Carolina residents have also experienced situations where they get more than one ballot. Likewise, Pennsylvania ballots which contained votes for President Trump were found to be in Luzerne County trash bins not too long ago.

They know already. Those ballots in the trash were for Trump. Military tend to overwhelmingly vote for Trump so Democrats will try and disenfranchise them.

To pretend as though there are absolutely no issues or increased risks of fraud associated with mail-in voting is simply not accurate. Over the most recent four U.S. elections, nearly 30 million ballots have gotten lost in the mail.

What do you think about Americans getting more than one voting ballot or having their ballots found in trash bins? Be sure to let us know in the comments section below!