Tonight, Vice President Mike Pence and Kamala Harris will debate one another in Utah. 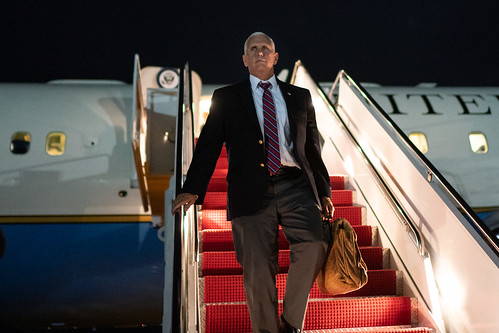 To the American people, there is no secret that Pence and Harris are vastly different politicians from one another. The vice president is an Evangelical-Christian conservative while Harris is a staunch Democrat with one of the most liberal voting records in Congress.

Many people across the nation are eager to know what tonight’s vice-presidential debate shall entail. Thankfully, reports from Washington Examiner confirm that the Pence vs. Harris showdown will be quite eventful.

Sources close to the Biden campaign confirm that Harris plans to go on the attack against Pence tonight. As many Democrats have attempted in the past, Biden’s running mate will allegedly work to portray the vice president as homophobic and bigoted towards the LGBT community.

Pence, on the other hand, may very well draw attention to Harris’ unfortunate pattern of religious discrimination. As a senator, Harris infamously issued religious test questions towards Catholic judicial appointees.

During previous occurrences, the vice president has gone after the California senator, branding her religious tests as “attacks on our freedom of religion.”

Additional areas where Pence and Harris are expected to butt heads include, but are not limited to, religious liberties, coronavirus responses, abortion, etc.

Precautions Against the Spread of COVID-19

Amid news of the coronavirus outbreak amongst Trump aides and White House officials, some extra precautions will be present during tonight’s debate.

3. Will you estimate an actual dollar cost on the Green New Deal, without any ridiculous misdirection about "investment" and unspecified future benefits?
4. Do you support a transition toward nationalized healthcare in the future?

In addition to both vice presidential candidates being stationed 13 feet apart from each other, Harris will have plexiglass surrounding her. Pence, on the other hand, has declined a fortress of plexiglass, citing it as unnecessary. The moderator overseeing tonight’s debate is also likely to be surrounded by plexiglass as an extra precaution.

Meanwhile, the vice president continues to test negative for COVID-19 and is already in Utah for tonight’s debate.

Are you looking forward to seeing the vice president debate Biden’s running mate? Which candidate do you think will win? Don’t hesitate to let us know your predictions in the comments section down below!