Today marks a crucial milestone in the 2020 presidential election.

In Nashville, Tennesee, President Trump and Joe Biden will go against one another in the last debate of this election cycle. What would have been the third presidential debate is now the second since the Commission on Presidential Debates chose to cancel the October 15 contest. 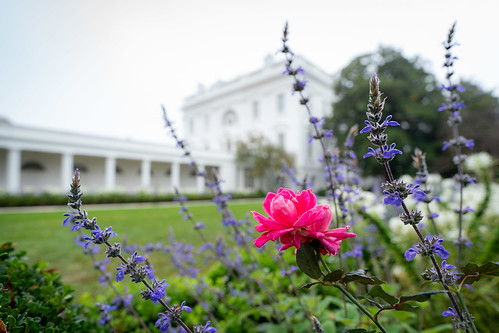 Tonight’s debate will be a bit changed from the first presidential contest that happened roughly one month ago in September. According to Fox News, the rules are different for the sake of ensuring a smoother debate.

Tonight’s debate will comprise six segments that each last for 15 minutes. During these segments, Trump and Biden will be able to answer questions that are provided to them for an allotted time period. During certain speaking segments, the non-talking candidate’s microphone will be muted.

I am not just running against Biden, I am running against the Corrupt Media, the Big Tech Giants, and the Washington Swamp. It is time to send a message to these wealthy liberal hypocrites by delivering Joe Biden a THUNDERING defeat on November 3rd! #MAGA https://t.co/gsFSgh2KPc pic.twitter.com/eRRgjnhyIi

The introduction of a mute button has already turned out to be controversial. Many Republicans and conservatives believe that it will be unfairly used as a tool to silence the president and assist Biden throughout the debate.

The fact that tonight’s debate moderator, Kristen Welker, has extensive ties to the Democrat Party is also not putting any concerns about the mute button to bed.

As Trump and Biden gear up for the last presidential debate, there are some very serious bombshells coming out about Hunter Biden. The latest and breaking on Hunter also directly implicates the former vice president in scandals and corruption, no matter how hard he attempts to assert otherwise.

Hunter, who used his father’s position as then-vice-president to secure a spot on a Ukrainian gas company is directly tied to shady business deals and practices. Worse yet, emails have implicated the Democrat presidential nominee’s involvement.

“Hunter Biden also referred to his father as ‘my chairman and frequently referenced asking him for his sign-off or advice on various potential deals that we were discussing.’https://t.co/obkF9Geo8V

In new developments, Americans learned that Hunter referenced his father as “my chairman.” Not only is Biden linked to the corruption in this manner, but Hunter also admits to asking his father for professional advice on shady, back-door deals that were going on.

Of course, the Biden campaign and family have tried to write this information off as baseless smears; nonetheless, the American people want real, honest answers.

What do you think tonight’s last presidential debate will look like? Be sure to share your thoughts with us about the debate and new Hunter Biden revelations down below in the comments section.