Massive riots and social unrest in Philadelphia, Pennsylvania are underway.

The latest disturbances happened after the shooting and killing of Walter Wallace Jr., 27, a black man in the city. Wallace’s shooting took place following his choice to charge at police officers with a knife; however, this hasn’t stopped the outbreaks of anarchy that continue to grip the city. 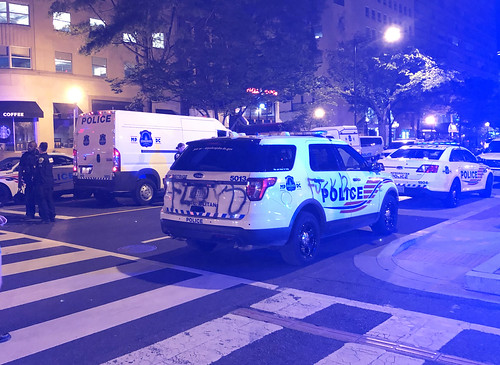 Thus far, reports about the results of the disturbances are not good. At least 30 police officers in Philadelphia are said to have sustained injuries; meanwhile, dozens of demonstrators were arrested for engaging in violent, lawbreaking acts that do not fall under the banner of peaceful protest.

In light of all that’s happening in Philadelphia, the White House is very much aware and has subsequently issued a statement on the matter, per Breitbart News.

Earlier this morning, Alyssa Farah, the communications director for the White House, spoke with Fox & Friends. Farah clearly explained where the current White House administration stands on the matter and what they’re prepared to do.

Per Farah, the White House is aware of what’s going on in Philadelphia; they’re also “monitoring the situation closely” and ready to send out assistance from the federal government.

Mass looting breaks out at clothing and shoe store during tonight’s BLM riot in Philadelphia. pic.twitter.com/htXN1rsbCk

The communications director also reiterated the importance of letting the facts on Wallace’s shooting reveal themselves, rather than resorting to lawlessness and anarchy.

Before the interview concluded, Fox & Friends asked Farah about whether or not the White House will wait for Philadelphia officials to seek help before sending it in. Per the communications director, the Department of Homeland Security and Justice Department are the ones with the answer to that question.

Massive riots last night led to businesses boarding up their shops in the hopes of reducing potential damages and theft. Meanwhile, Black Lives Matter activists can be seen breaking into other stores, stealing, looting, and vandalizing property.

Video of Philadelphia police officers under attack and retreating from riot mob pic.twitter.com/u3OLvJDTTa

Tom Wolf, the Democrat governor of Pennsylvania, has faced censure for refusing to call in the National Guard even as Philadelphia succumbs to ruination. Moreover, there is no sign that Black Lives Matter demonstrators plan to stop their violent behavior.

If Philadelphia riots follow the patterns of other left-wing demonstrations, more violence, destruction, looting, and criminal activity will occur in the nights to come.

Do you think the White House should send in federal resources to restore law and order in Philadelphia? Let us know in the comments section below!