As protests continue to sweep the country, many inspired by Black Lives Matter and targeting police brutality, many Americans are organizing protests to bring law enforcement and the African Amerian community together in a spirit of mutual support.

Such demonstrations are often organized on the county level, and have already been held in at least a dozen locations from coast to coast.

Black and Blue rallies are small, peaceful and fun for the whole family

All cops out there! DONT GIVE UP!!!!!!!! HOLD THE LINE!! You still have those of us which love and support you. Stay safe and please keep our streets safe. RT IF YOU AGREE!!! 🙌🏼🖤💙 our true colors are black and blue! Keep fighting. BLESSED ARE THE PEACEMAKERS!

Without offering protesters the opportunity to release their highly personal psychological frustrations on scapegoats such as ‘the system,’ systemic racism in the abstract, or random monuments, turnout to these demonstrations has been relatively low, ranging from a dozen to several hundred.

Nevertheless, the sense of warmth and community building at such gathers has been palpable. Many are organized specifically to protest the ill-conceived idea of defunding the police.

One Black and Blue rally organizer, Bethany Denkers, said “It started a few weeks ago with the defund the police movement, and we thought it’s time to give the police a little bit of love.”

On June 21, hundreds of people joined a Back the Blue rally in Palm City, Florida to show support for law enforcement.

One woman participating, Tamara Smith, stated that “I think it was absolutely disgusting and horrifying what happened in Minneapolis to Mr. Floyd. It makes me so mad at that cop because of the repercussions that is happening today with law enforcement.”

John Risco is a retired police officer. He joined a Black and Blue rally to promote the vital concept that police and local communities must work together.

At a Black and Blue rally in Spotsylvania, Virginia, Katie Rasmussen, the wife of a police officer noted why she felt compelled to participate in the rally:

“My husband, along with all of his co-workers, put their lives on the line every single day and are being persecuted for a job they hold, instead of the people they are, which is upstanding. We owe it to our men and women in blue to show them they are not alone, not everyone has abandoned them, and we believe in ‘defend not defund.’ Our country needs law and order to function, and we support those who keep it.”

Join a Black and Blue rally near you 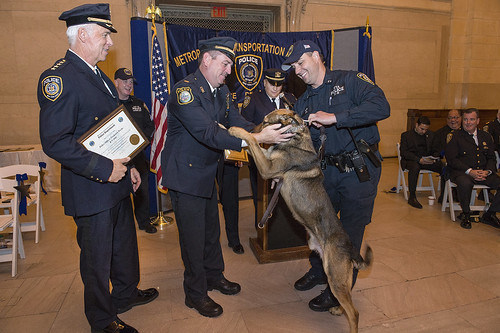 More Black and Blue rallies are scheduled to be held across the nation in the near future. Contact your local Police Union for details.