Ron DeSantis, the Republican Governor of Florida, has asked the Department of Health to investigate reports of individuals receiving positiveCOVID-19 test results despite never having been administered a test.

DeSantis said, “For that to come back positive, when there was no specimen submitted, is problematic, so I’ve heard it enough to be concerned about it . . . I asked the Department of Health to look at that, because I heard it too. If you can give us, if people that have told you that are willing to provide their name, we’re interested in investigating this because it’s ridiculous.”

Some kind of “computer error” led Florida to report a 30% positive rate for kids. They adjusted that without further explanation to about 13%. I don’t believe that either, total positive test rate in Illinois is 3.8%, for all age groups. https://t.co/CTHILhn0b1

Governor DeSantis asks anyone receiving such results to report them

''People are always trying to do political #blame,' DeSantis says, responding to criticism of his #coronavirus response'#COVID19FL#CoronavirusFLhttps://t.co/tf2ZyvaOGa

Local news FOX 35 has received a wave of reports from people who have received the mysterious test results. They have asked, “How does someone test positive for coronavirus if they have never been tested? Reports of this happening have been pouring into FOX 35 News since we began investigating COVID-19 data.”

They have reported, “Fox 4 has also received reports of this happening. People have said they submitted their contact information at a COVID-19 testing site, but after seeing how long the line was, they decided not to wait an hour or more to get the test. Nevertheless, a few days later, they got an email or a phone call telling them that they tested positive.”

DeSantis has asked Florida residents, “If you’re somebody that this has happened to, you’re going to come forward and give us the details, because I think that that needs to be corrected.”

Doctor claims it’s just a glitch in the system 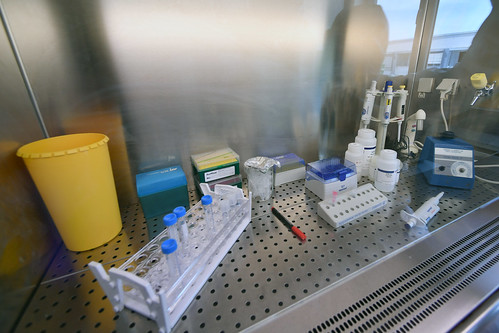 Dr. Jay Wolfson, a professor of public health and medicine at the University of South Florida, argues that the problem is down to nothing more than a “testing mechanism problem.”

He believes “People are sitting in their cars, sometimes for hours, or standing in line, six feet apart, sometimes for hours. You’re registered though, you’re number 15 in line, and you are Jay Wolfson. If Jay Wolfson says he can’t wait any longer and he leaves, it will get number to 15, and now get Rebecca Fernandez, who was standing behind him, and she tests positive, and then everyone from then on gets the wrong results. There has to be a better way to do this.”

In another strange case, a Florida motorcyclist who died in a crash was listed as having died from COVID-19.