“Man putting his vote in the ballot box f” (CC BY 2.0) by wuestenigel

Last week, the Sheriff of Ft. Bend County in Texas received a call from witnesses who saw a US postal worker leave the scene after depositing documents in a dumpster. The Sheriff, Troy Nehls, also happens to be running for Congress as a Republican, and the documents found in the dumpster were campaign mailers for his own campaign. Tampering with the mail is a felony.

A US Postal worker was just caught on video throwing a stack of my campaign mailers in a dumpster. Some patriots nearby heard a noise when she tossed them in & went to investigate. They found a stack of them and called me. No wonder people are skeptical of mail in voting. pic.twitter.com/I28SBydg2N

Elections require scrutiny and oversight at every stage

Interfering with an election is also a federal crime. However, the significance of this incident goes beyond the personal culpability of the postal worker in question. As the Democrats continue to push for mail-in ballots in November, allowing the majority of votes to be cast without the need to show ID, Americans must ask if they can trust their Democracy to such a system and the individuals involved. Recently in a municipal election in Paterson, New Jersey, one in five ballots has been declared invalid amidst widespread fraud. Stories continue to come out by the week of election officials tampering with ballots, usually in favor of the Democrats.

The Democrats have latched onto the COVID hysteria to demand mail-in ballots. The President of conservative watchdog Judicial Watch, Tom Fitton, has pointed out that mail-in voting is an “open invitation for voter fraud.”

While testifying before the House Judiciary Committee this month, Fitton said,

“The American people see what they conclude are disingenuous fights over electoral procedures and lose faith in the honesty of our elections. With this background in mind, I turn to measures proposed in response to the COVID-19 pandemic. One of the more common suggestions now is to require greater reliance on mail-in ballots. For example, last month Governor Newsom issued an executive order requiring that county elections officials transmit mail ballots to every registered voter in the State. I view this as a real threat to the integrity of American elections.

it is now about five months until election day, and the pandemic’s infection curve has flattened. Insisting now on all-mail ballot elections seems less like a response to a health crisis and more like a partisan application of the immortal words of Rahm Emanuel: ‘Never allow a good crisis to go to waste.'”

When are the Republicans going to take the initiative? 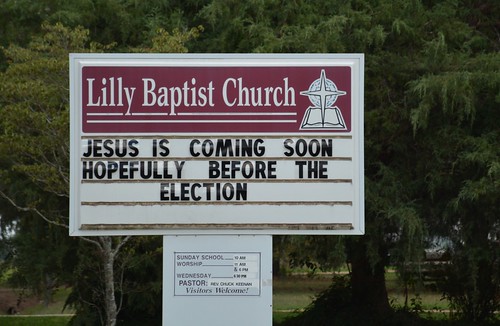 The Republicans have largely had what can only be described as a lazy, half-hearted response to the Democrats’ corruption of American institutions from Russiagate to the Flynn perjury trap to the impeachment debacle. Hopefully, by some miracle, they will step up to the plate regarding mail-in ballots.