On Monday, Eric Schmitt, the Attorney General of Missouri, started the process of dismissing charges against a couple who brandished guns against an angry mob that lingered while marching past their home on the way to the mayor’s residence. The charges had been brought by St. Louis Circuit Attorney Kim Gardner, the city’s top prosecutor.

This is an outrage—yet the rioters are let free from prison.

RT if the Governor should pardon IMMEDIATELY!

Gardner claimed that the couple, Mark and Patricia McCloskey, will face felony charges for ‘unlawfully’ brandishing their weapons on June 28. The couple, now in their 60s, are both personal injury attorneys.
Gardner argued, “It is illegal to wave weapons in a threatening manner⁠—that is unlawful in the city of St. Louis.” She is recommending a diversion program rather than jail if the couple is convicted.

Missouri law includes a ‘castle doctrine’ which permits the use of deadly force when defending against home intruders. Gardner has failed to explain why the law doesn’t apply in this case.

As such, immediately after the charges were made, Missouri Attorney General Eric Schmitt filed a brief to dismiss the charges against the McCloskeys and preserve their Second Amendment rights.

Schmitt argued on Fox News that, “The right to keep and bear arms is given the highest level of protection in our constitution and our laws, including the Castle Doctrine, which provides broad rights to Missourians who are protecting their property and lives from those who wish to do them harm. Despite this, Circuit Attorney Gardner filed suit against the McCloskeys, who, according to published reports, were defending their property and safety. As Missouri’s Chief law enforcement officer, I won’t stand by while Missouri law is being ignored.” 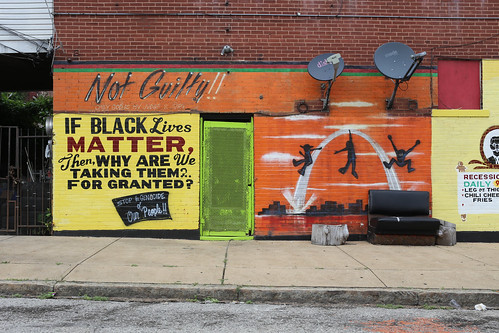 Schmitt’s brief “respectfully requests that the Court dismiss this case at the earlier possible opportunity.”

The McCloskeys argue that they were acting in self-defense in the midst of nationwide riots that have destroyed countless lives and millions of dollars in property. According to the couple, the mob tore down an iron gate adorned with “No Trespassing” and “Private Street” signs and issued violent threats.

Joel Schwartz, an attorney for the couple, called the charges “disheartening as I unequivocally believe no crime was committed.”

Many leading figures in the Republican Party have criticized Gardner’s handling of the case. These include President Trump, Missouri Governor Mike Parson, and Senator Josh Hawley. Hawley has asked Attorney General William Barr to investigate Gardner for abuse of the couple’s civil rights. Governor Parson has said publicly that he will probably pardon the couple if they are convicted.