Dr. Harvey A. Risch, a professor of epidemiology at Yale, has published a piece in Newsweek explaining that hydroxychloroquine is effective against COVID-19, particularly in the early stages of infection. In the article, Risch implored doctors not to give in to the spin or group think against using the drug to save lives.

Any time Donald Trump opens his mouth, his opponents look for a chance to score political points. When Trump promoted the use of Hydroxychloroquine, the mere mention of the drug became anathema to them. Various studies have found the malaria drug to be effective against COVID-19. It is one of the safest known options out there.

In this outstanding op-ed, Yale's top echelon professor of epidemiology Harvey Risch puts his full weight and reputation behind the conviction that hydroxychloroquine works and can saves tens of thousands of lives in the USA.https://t.co/AzUd4epCUC

Trump’s drug works, put politics aside and save people

Q. Why don't we hear about Hydroxychloroquine anymore?

A. Because it works.

Harvey Risch, professor of epidemiology at Yale School of Public Health, says that hydroxychloroquine is “the key to defeating COVID-19” in a Newsweek op-ed published this past week.

Risch wrote, “I am fighting for a treatment that the data fully support but which, for reasons having nothing to do with a correct understanding of the science, has been pushed to the sidelines. As a result, tens of thousands of patients with COVID-19 are dying unnecessarily.”

In Newsweek, Risch cites several studies that prove that taking hydroxychloroquine, especially together with zinc and azithromycin, improves the survival rate for those with COVID-19.

Risch also noted, “In the northern Brazil state of Pará, COVID-19 deaths were increasing exponentially. On April 6, the public hospital network purchased 75,000 doses of azithromycin and 90,000 doses of hydroxychloroquine. Over the next few weeks, authorities began distributing these medications to infected individuals. Even though new cases continued to occur, on May 22 the death rate started to plummet and is now about one-eighth what it was at the peak.”

“A reverse natural experiment happened in Switzerland. On May 27, the Swiss national government banned outpatient use of hydroxychloroquine for COVID-19. Around June 10, COVID-19 deaths increased four-fold and remained elevated. On June 11, the Swiss government revoked the ban, and on June 23 the death rate reverted to what it had been beforehand. People who die from COVID-19 live about three to five weeks from the start of symptoms, which makes the evidence of a causal relation in these experiments strong. Both episodes suggest that a combination of hydroxychloroquine and its companion medications reduces mortality and should be immediately adopted as the new standard of care in high-risk patients.” 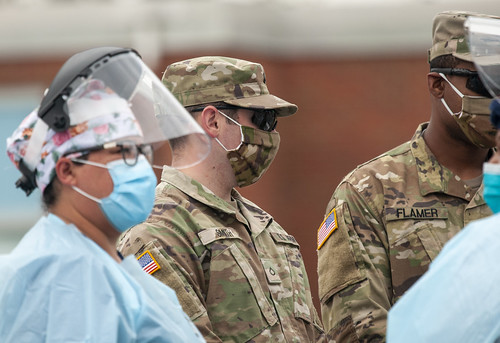 The FDA has a warning against the use of the drug as it may cause heart problems. However, Risch notes that this is only found in people who use the drug over extended periods, months to years, for chronic medical problems.

Risch argues that hydroxychloroquine is “viewed as a marker of political identity, on both sides of the political spectrum. Nobody needs me to remind them that this is not how medicine should proceed. We must judge this medication strictly on the science.”